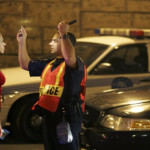 Illinois’ zero tolerance law with regard to underage drinking is taken extremely seriously and is strictly enforced. Any driver under the age of 21 who is found with a detectable amount of alcohol in his or her system could be facing serious consequences. If you or your child is facing charges for underage drinking, be sure that you have the best available representation behind you from the start.

At the Law Office of Steven Haney, we represent people throughout Will County in all types of underage drinking cases. We have helped clients to successfully resolve a broad range of these cases. We have a complete understanding of the unique provisions in Illinois underage drinking law, and we are committed to doing whatever it takes to protect your child’s interests.

The penalties for underage drinking can be quite severe. Penalties can be leveled under two sets of rules: Illinois zero tolerance laws and Illinois DUI laws. Zero tolerance violations do not typically remain on your public record. If you are convicted of a DUI, however, it will be placed on your permanent record.

A person under the age of 21 who is convicted of a DUI for driving with a BAC of .08 percent or higher will completely lose his or her driving privileges for a minimum of two years. It is also possible for additional penalties to be imposed, including up to one year in jail and fines of up to $2500. Subsequent offenses prior to age 21 call for increasingly severe penalties, including mandatory jail time.

Underage Possession or Consumption of Alcohol:

Getting caught with a fake id can result in a 1 year suspension of driving privileges.  It is a harsh penalty and will apply even if the fake id is simply found in a persons possession.  There is no requirement that there is an attempt to use it to obtain alcohol.  Mere possession alone is sufficient.

Discuss Your Case With an Attorney:

No matter what type of alcohol-related charge you may be facing, our Joliet underage drinking lawyer will pursue every available option in an effort to protect your rights and privileges.Contact our office today for a free initial consultation to discuss your underage drinking case and learn more about what we can do to help you. You can reach us by phone at 815-723-5600 or via e-mail. For your convenience, weekend appointments are available.