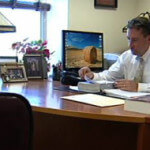 To be blunt, a 17 year old boyfriend who touches, for his sexual gratification , the breasts of his 16 year old girlfriend has committed a sex crime, which could put him on the Illinois sex offender registration list.  Actually, any voluntary sexual activity between two 16 year olds could put both of them on the sex offender registration list. Such sexual activity is a crime for which both could be prosecuted, if there was mutual sexual conduct because the “age of consent” has not been reached.

Prosecution for the examples cited above are rare, but they illustrate the nature of Illinois’ age of consent law.  An arrest and criminal prosecution is much more likely when there is any type of disparity in age.

If a person is in a “position of supervision” of another, the age of consent becomes 18 years of age. A position of authority can include a coach, teacher, church leader, or any other position where a claim can be made that the accused  was an authority figure of the other.  Again, consent is a legal term, not a factual term.

Illinois has multiple laws in place to protect minors from sexual exploitation. These laws range from those aimed at from protecting minors from being solicited for sex to being photographed or filmed indecently.

Moreover, there are laws in Illinois that cover the obvious sex-related crimes against vulnerable minors. Some of these laws include:

The reasons that these particular laws are necessary are clear.  They aim to protect the most vulnerable children in society from sexual abuse. However, not all sex-related crimes are as clear-cut – such as the crimes commonly referred to as “statutory rape.”

When most people use the phrase “statutory rape,” they are usually not referring to the crimes committed on the very young or vulnerable minors referenced above, but are instead referencing situations in which high-school aged children have consensual sexual relations with someone at or over the age of 17.

The statutory rape laws, or the age of consent laws, in Illinois revolve around the presumption that anyone under the age of 17 cannot consent to sexual acts. Because of this, many teenagers find themselves in situations in which they are near in age to each other, but still technically violating Illinois law.

For example, an 18-year-old high school senior having sexual relations with a 16-year-old high school junior could be found guilty of criminal sexual abuse. The 16 year old is below the legal age of consent.  In Illinois, when a person commits a sexual act with someone under the age of 17, but over the age of 13, and the person is less than 5 years older than the minor, he or she is guilty of criminal sexual abuse – even if both participants believed the sex was consensual. In Illinois, the older partner could also be required to register as sex offender.

Moreover, under Illinois law, when a person under 17 years of age commits a sexual act with another who is under the age of 17, but at least 9-years-old, they are also guilty of criminal sexual abuse. Because of this, situations may arise in which two minors who engaged in sexual relations could report the other for sexual abuse. In fact, an Illinois a court has stated in that when “two minors engage in a consensual sexual act, the statute may validly be applied to prosecute both minors on the basis that each is the victim of the other.” Ultimately, it is possible that either minor may have to register as a sex offender, even though the sex was considered consensual.

Much of the evidence in age of consent cases tends to be circumstantial.  Based on the specific details of your case and the strength of the prosecution’s evidence, former prosecutor Steven Haney will advise you about your legal options and give you his best recommendation with regard to negotiating a plea or fighting the charges in court.

We take the time to fully understand your side of the story and determine the best approach to building a defense specifically designed to address the unique details of your case.

Contact our office today for a free initial consultation to discuss your case and learn more about what we can do to help you. You can reach us by phone at 815-723-5600 or via e-mail. For your convenience, weekend appointments are available.